‘I enjoy all the untruth’: Katie Maloney responds to Brock Davies claim that she and Scheana Shay didn’t invite him to their wedding

By Sonia Horon For Dailymail.Com

Katie Maloney responded to claims that she was not invited to Brock Davies and Scheana Shay’s wedding, calling it ‘untruth.’

The Vanderpump Rules star, 35, posted the comment below a conversation between a fan and Davies, 30, who shared that even though Maloney wasn’t invited to the wedding, he still showed up.

“I enjoy all the untruths,” the reality TV star said in the comments.

Untruth: Katie Maloney responded to claims that she was not invited to Brock Davies and Scheana Shay’s wedding, calling it an ‘untruth’; Photo of Maloney, Davies and Shay in 2022

Last week, the reality TV star celebrated the wedding of Shay, 37, and Davies in Cancun, Mexico, and although the ceremony went smoothly, there was some drama after.

After the ceremony, there were rumors that Maloney was involved in an altercation with ex-husband Tom Schwartz, 39, who was allegedly related to James Kennedy’s former co-star, Raquel Leviss.

When an Instagram account made a post about the alleged relationship – which neither Schwartz nor Leviss confirmed – one user questioned how that was possible because Maloney was ‘not at the wedding.’ 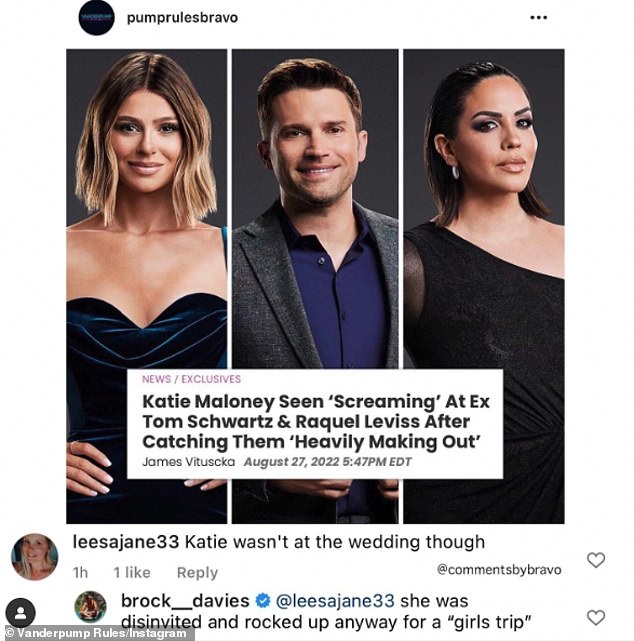 Uninvited: The comment was in response to Davies’ writing that she was ‘uninvited’ but appeared ‘for a women’s trip’ and reportedly confronted her ex Tom Schwartz, who was allegedly in a relationship with James Kennedy’s former co-star Raquel Leviss

That’s when Davies went into the comments and wrote: ‘She wasn’t invited and rocked for a “girls trip.”‘

Maloney posted about being on a ‘girls trip’ in Cancun last week with fellow Pump Rules star Kristina Kelly. The two are seen sitting by the pool in their bikinis.

More on what happened in Cancun will probably be revealed in the upcoming season of Vanderpump Rules. Katie was recently spotted filming season 10 at Marina Del Rey. 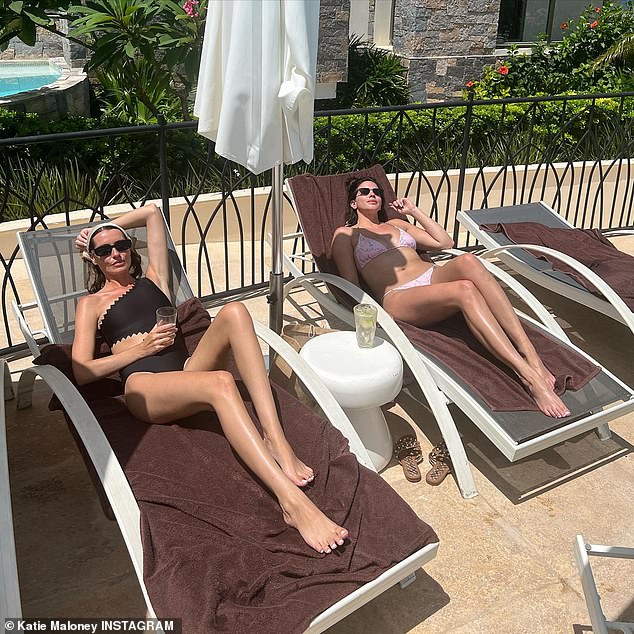 Girls trip: Maloney posted about being on a ‘girls trip’ in Cancun, Mexico, last week with fellow Pump Rules star Kristina Kelly. The two are seen lounging by the pool in their bikinis 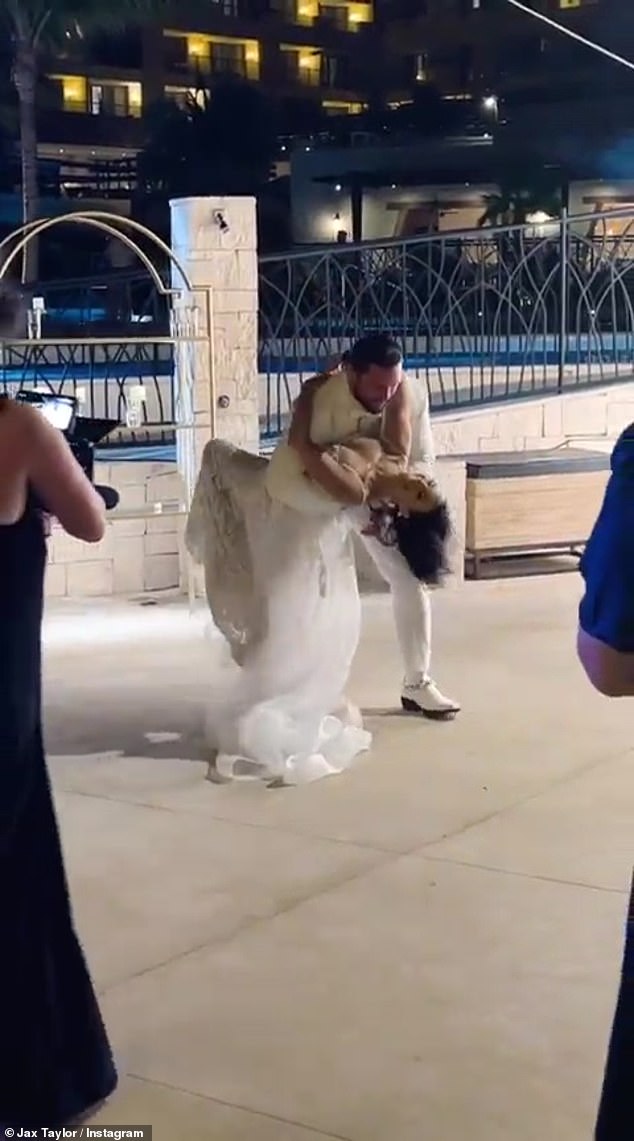 Accidental? At the same time last week, his co-stars celebrated the wedding of Shay, 37, and Davies, 30, in Cancun.

The last time Katie was on the program, she was still with Tom. They were married for five years before Katie filed for divorce earlier this year.

Despite the split, Katie showed her support for her ex last month at the opening of her new bar Schwartz & Sandy’s.

Katie opened up about her decision to support her ex amid their ongoing breakup while chatting with DailyMail.com on the bar’s opening red carpet. 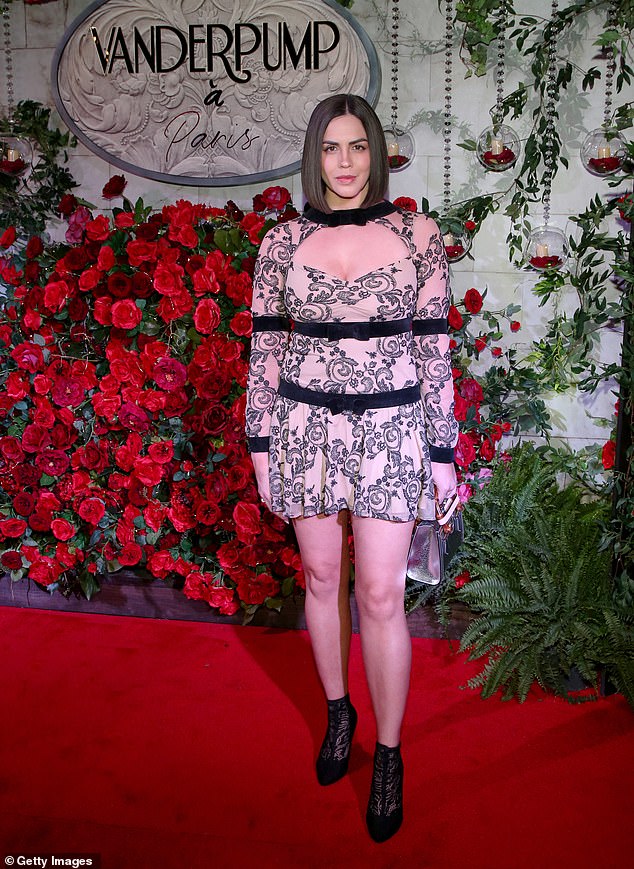 Still friends: Last month Katie told DailyMail.com that there was no divorce drama between her and Tom, as she supported him at the opening of his new bar Schwartz & Sandy’s; 2022 photo

Talking about why there was no divorce drama, he said: ‘Look, there was quite a lot of drama about this last year. You know, friendship was never our problem and it’s our priority now. So I’m happy to be here.’

He also revealed returning to the dating world for the first time in more than 10 years.

‘The landscape has changed… the last time I was single, I was 24, so it’s a bit different now but, you know, I’m excited,’ he explained. 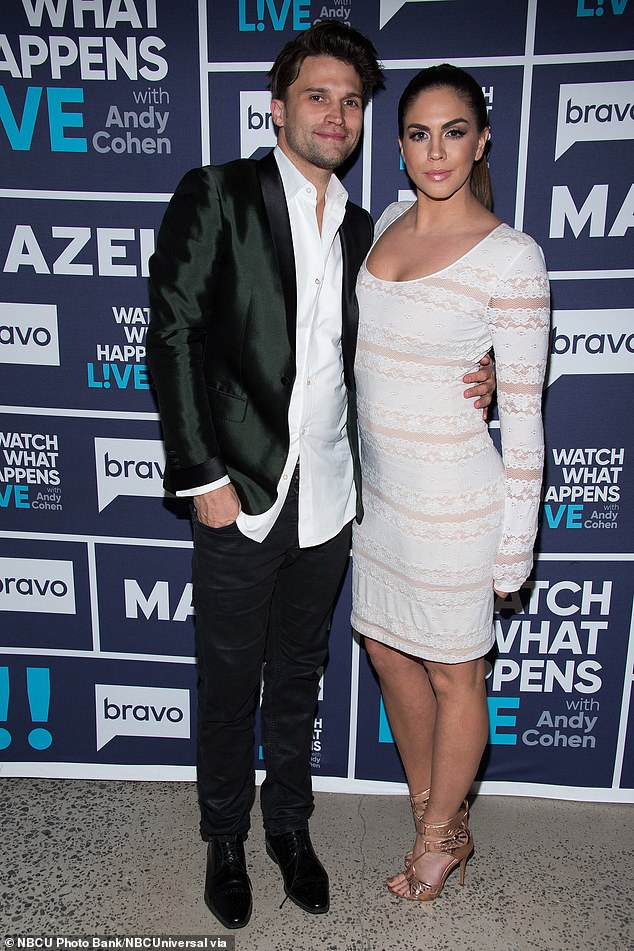 Split: Tom, 39, and Katie were married for five years before Katie filed for divorce earlier this year